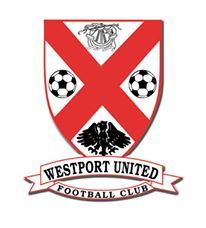 It wasn’t to be Westport United’s evening as Ballina Town continued their recent good run of form with a 2-0 win. Ballina got off to the perfect start when they were a goal up in the first minute United did press forward for the equaliser but the quality of the final pass was telling. United had great opportunities through Brandon Scahill and James O’Donnell. United fell further behind early in the second half and try as they might, United couldn’t get themselves back in the tie though David Cameron did come close with one effort and James O’Donnell had a chance that went across goal.

The B team suffered their first league defeat of the season at home to Crossmolina but they were off to a perfect start with a 2-0 lead with Pat Kelly and Luke Dawson giving their side the perfect start. From what was the seeds of promise turned into a blossoming nightmare for the team as Crossmolina ruthlessly opened up the team and hit five unanswered goals to win 5-2.