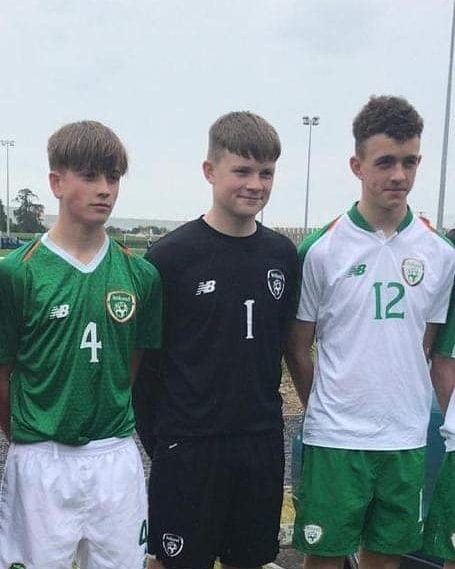 The Republic of Ireland is hosting the UEFA U.15 Development Tournament from October 17th to 21st and United Park has been selected to host two matches. The first game is between the Faroe Islands and Luxembourg on tomorrow (Thursday) 17th October with kick off at 12:00 while on Saturday 19th October, the Republic of Ireland hosts the Faroe Islands and this match has huge local interest as three players that came through our ranks and now playing with the Mayo SL U.15 Airtricity League Team will be involved with Conor Walsh, Daniel Kelly and Adam Nugent looking to don the green jersey on home turf. Kick off for that game is at 3:00.We would like you to give all our visitors to Westport the best Covey welcome for the teams and we also would like to see you all supporting the two matches.

Westport United is delighted that our supporters have bee...

As many of you may know, the New Balance FAI Junior Cup q...

It is with profound regret that Westport United announce...

Applications are now being invited for the post of manage...

Westport United is delighted to announce that academy tra...

Westport United FC in accordance with the protocols set o...