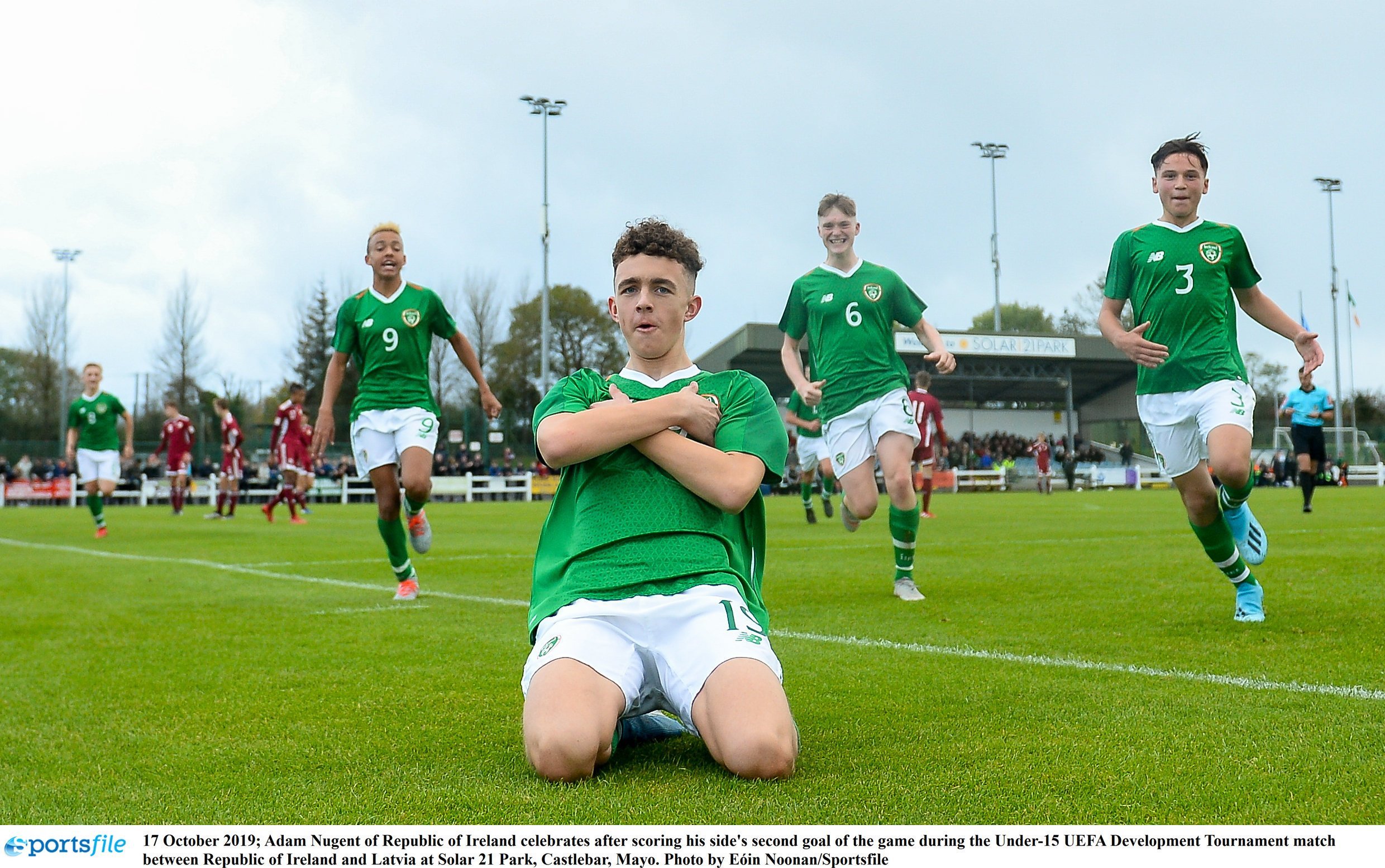 It was another great day in the annals of Westport United in the UEFA U.15 International Development Tournament as United Park opened the festival with a well attended match between the Faroe Islands and Luxembourg.

The afternoon's attention focused on Solar 21 Park for the match between the Republic of Ireland v Latvia and with the hosts already ahead, the introduction of Adam Nugent as a second half substitute meant that he was the SIXTH player to don the Red and Black and play for his country in the same year. Although registered with the Mayo U.15 team, the Westport native made a huge impact by netting a brace against the Baltic nation. It was a proud moment for Adam and his family in Castlebar this afternoon and Westport United extends its congratulations.

Next up for the Republic of Ireland is the match against the Faroe Islands in United Park on Saturday with kick off at 3:00 and with the possibility of all three Westport players starting, this should attract a bumper crowd and hopefully more history being created once again.