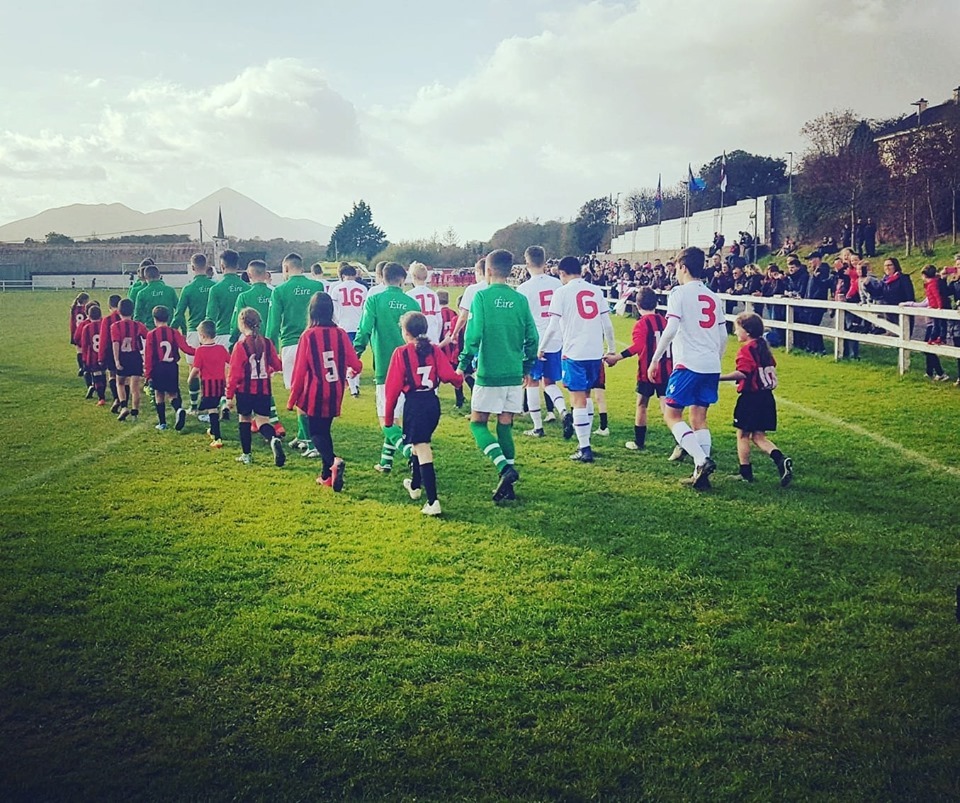 It was a successful few days for Westport United as the club hosted two U.15 internationals in the town and a Civic Reception.

The first game in United Park saw Luxembourg comprehensive 4-0 winners against the Faroe Islands and on Friday, all four sides were at a Civic Reception in Westport Town Hall, which was a successful event.

Friday night saw heavy rain and despite the best efforts from everyone to get the match played at United Park, the game got moved to the Sports Park and everyone really put their shoulder to the wheel to ensure that the match got played in Westport, and it did. In front of a large crowd, Conor Walsh, Adam Nugent (who netted a brace against Latvia on his debut) and Daniel Kelly were all given starts with Daniel Kelly named Captain. Adam Nugent opened the scoring while Daniel Kelly got the fourth goal in Ireland’s 4-0 win against the Faroe Islands. After the game, Club Chairman, Myles Staunton said “A massive thank you to everyone who helped out with the international match today! To host a UEFA match in the Sports Park with such short notice showed a huge amount of club teamwork and our three club members played great with a clean sheet and a goal each! Thanks to the FAI, Minister Michael Ring, Mayo Schoolboys, the Westport Utd supporters, the overall Westport community including the Gardai, Order of Malta, Frank Dolan, The Castlecourt, The Towers and SuperValu and the Sports Complex who all played their part in what was a memorable occasion.”