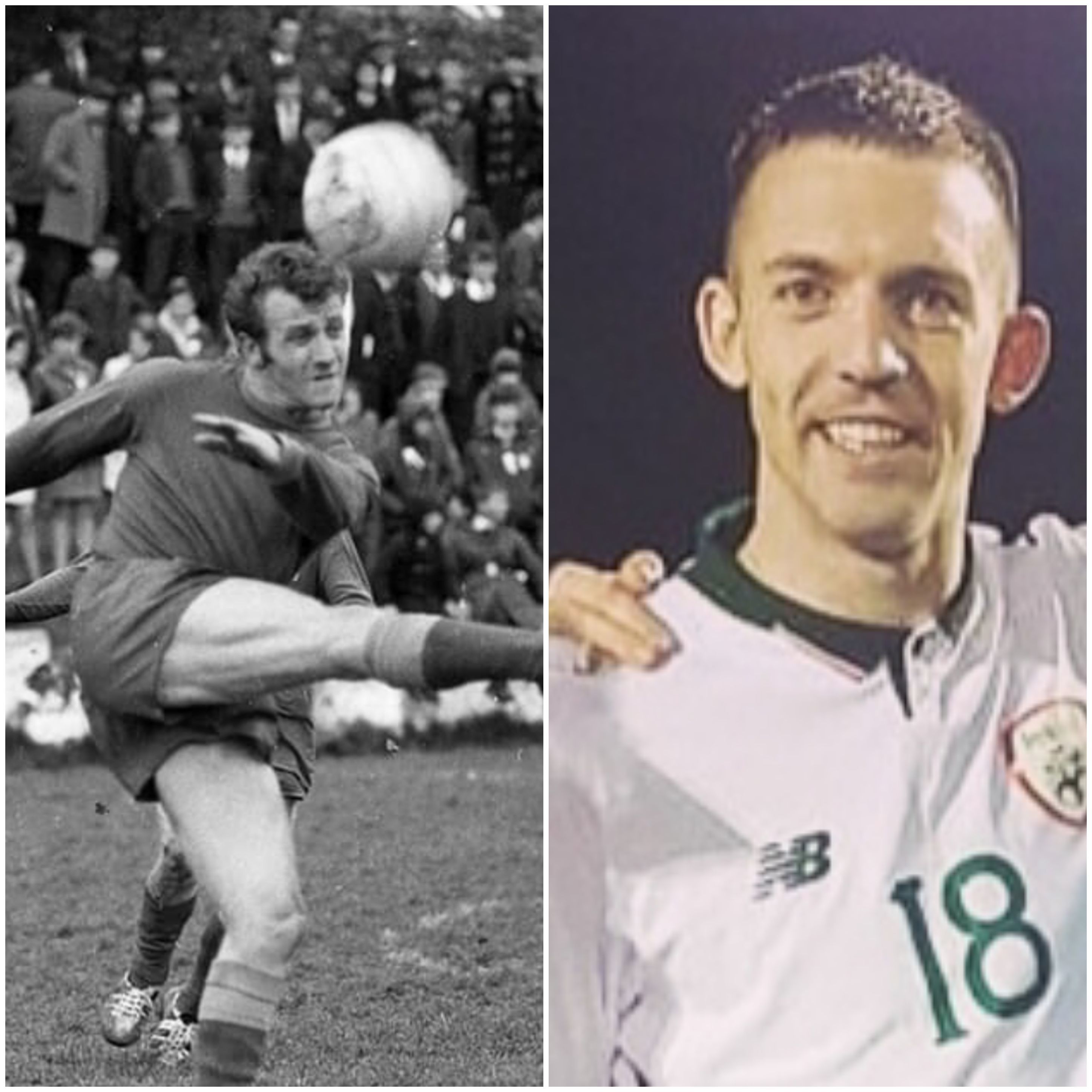 Where once dwelt a workhouse that gave shelter and succour to the poor and needy - a house that once embraced over 5000 people during the Famine years, when deprivation, disease and death was rife – houses of hope and homes of love sprung from its ashes....Shouts of children playing and laughing soon resounded throughout the estate.

These were the words of the late Joe McNally to describe the Cathair na Mart Estate on his famous book Westport The Tear and The Smile and while there were houses of hope and homes of love with shouts of children playing and laughing which replaced an imposing building that once dominated the town skyline bringing fear to many. These houses of hope produced footballers and lots of them. Many went on to don the various jerseys of different teams in the town including the famous Red and Black of Westport United. Out of the many footballers that came from the estate known locally as The Cottages, two went on to become capped by the Republic of Ireland. Between the two players, their talents were honed on the avenues or McConville Park. There's a gap of 50 years between the two caps but something that is proudly honoured in Westport's oldest housing estate.

The first of these caps came on May 24th 1969, when Chris Keane, fresh from a great FAI Junior Cup run was selected to play against the Birmingham FA at Sutton Coldfield. Chris remembers having to travel to Dublin to meet up with the rest of the squad and they travelled by bus and boat to the West Midlands. Chris played at right-full and despite not being the tallest for his position, he was practically unbeatable in the air and possessed a deadly left foot that was responsible for a few goals.

Fifty years later after a Pearse Terrace footballer made his appearance, another young man, this time from the Leenane Road side of the estate won his first cap. On Wednesday 25th September in Lecarrow, Co. Roscommon, Darren Browne made his international debut for his country against Northern Ireland, playing 80 minutes of the match as a centre forward and was unlucky not to have scored. This was on the back of very good season where Darren was notching up goals and can unleash some terrific thunderbolts of his trusted right boot. Darren is equally dominant in the air with a serious ability to jump a metre off the ground.

Also in that match was Gary Cunningham and he has to be mentioned as a second generation Cottages man (like this writer) whose family hail from St Patrick's Terrace. Gary started and couldn't do anything about Northern Ireland's goal. However he did well that night with a couple of great saves. Gary is regarded as one of the finest goalkeepers in Mayo at this current time.

While Westport United saw six players being capped throughout 2019, it would be impossible not to recognise one housing estate with a steep footballing tradition that produced two over 50 years and that's one feather that's proudly on the cap of the Cathair na Mart Estate and the residents, whether they are auld stock or new families are certainly proud of their heroes.