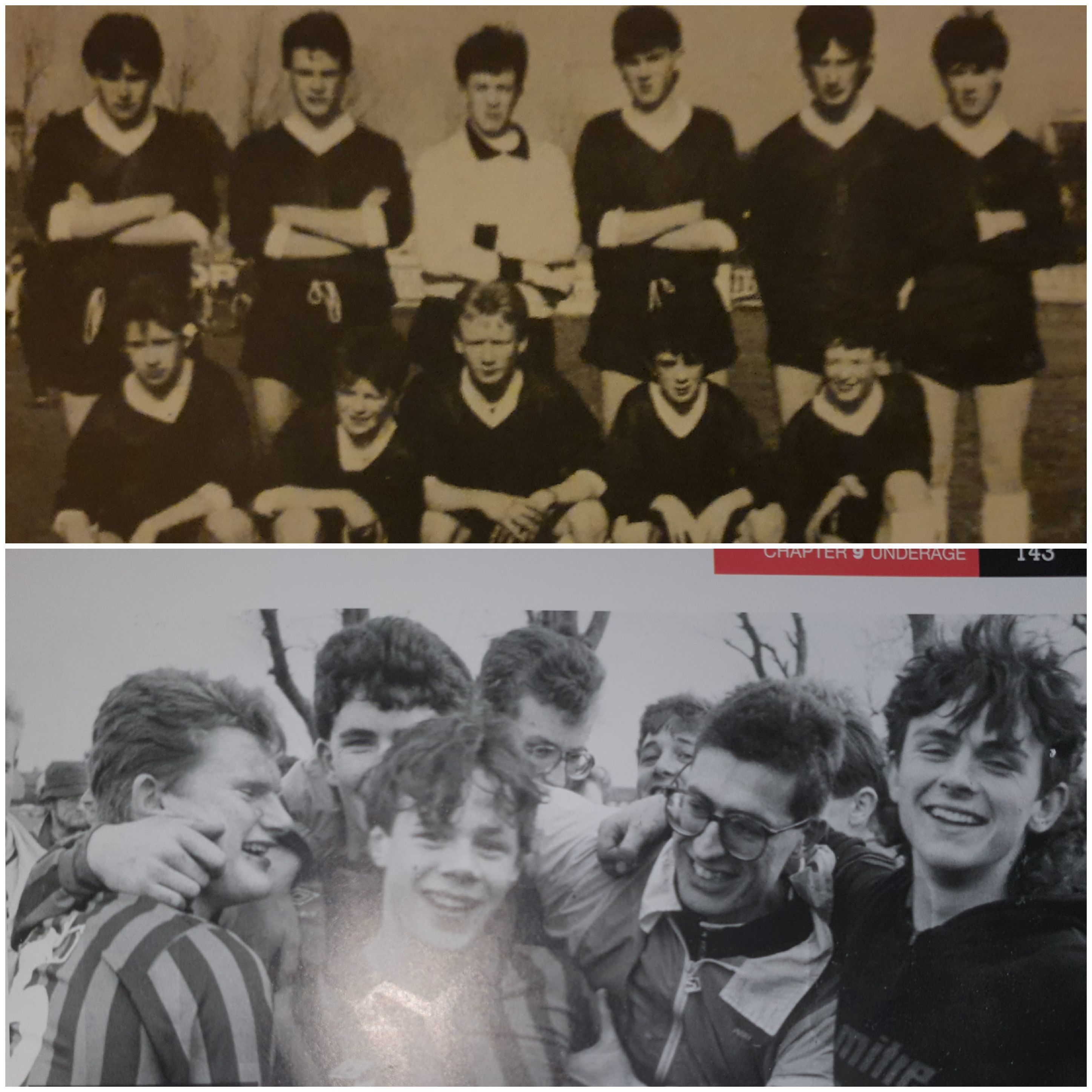 1989 was a great year for Westport United underage as two teams went on to win Connaught underage Cups for the first time in the club's history and it represented a major milestone that on this NewYear's Eve, we commemorate this special anniversary.

We start off with the U. 15 team that defeated Salthill Devon 1-0. The match was played before a big crowd in Terryland Park, Galway and it was a goal by Ger Brady to win it for Westport United. Ian Coffey made a late intervention out of nowhere to keep United in the game. Team manager Michael Rabbett said that while the cup was won that day, it was really won in the tough conditions at The Point.

The U. 18 team took on Crescent United in Galway on a muddy pitch that was fortunate to be played on. The large number of supporters that travelled from Westport probably swayed the match officials to play the game. Westport edged the game 1-0 with a left foot strike from Brendan Keegan. United did ride their luck and it was some great saves by James McKenna that won the game for Westport United. Team manager, Padraig Burns owed the success to years of hard work on the training ground and lads who took responsibility on the pitch.