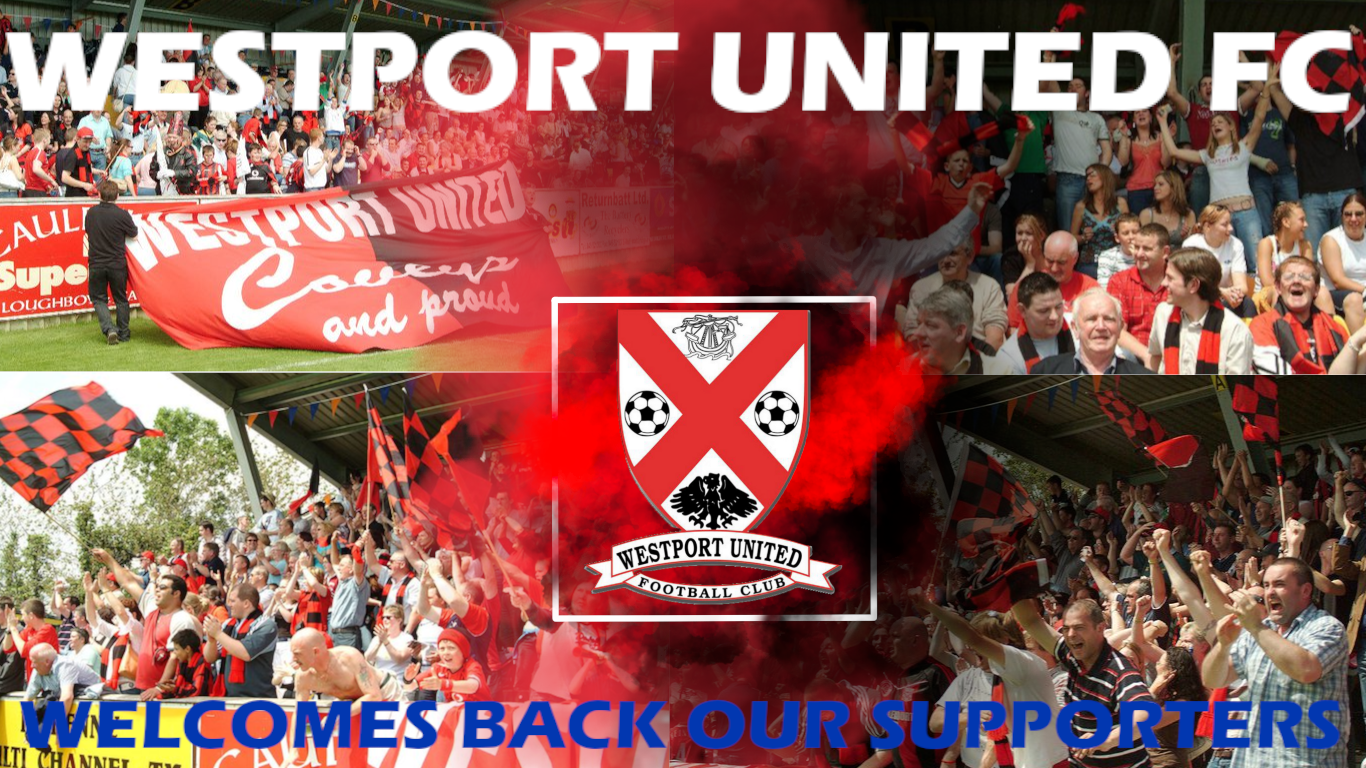 Following today's announcement by the Government, spectators are permitted to attend sporting events from tomorrow. This is welcome news for all sporting bodies that were affected since August 18th as all sports were played behind closed doors.

The news is especially welcome here at Westport United, which is a very well supported club and supporters had to miss out on some very big games during that period but they were compensated through the club's live streaming service. Underage games could only be attended by one parent/guardian per player and it was very tough times for everyone involved. The club would like to place on record its thanks to all our supporters for their sacrifice over the last month and we do look forward to the pleasure of your company once again to cheer on the lads and lassies in all age categories.

From tomorrow, 100 spectators are permitted to attend outdoor sporting events, with a higher capacity of 200 allowed at stadia which would normally have a capacity of 5,000 or higher, which will allow the gates at United Park and other grounds to reopen, but with a restricted attendance. Should the level of response be downgraded to Level 1, attendances of 200 would be allowed at outdoor matches, with a higher number of 500 permitted at larger stadia.

Should Ireland increase to Level 3 in response to a wider coronavirus outbreak, no sporting events would be permitted to take place other than behind closed doors events in these categories: professional and elite sports, inter-county and club championship games, and horse racing.

At Level 4, outside of those exempt categories, outdoor training would have to be non-contact only and indoor training on an individual basis only.

Level 5 would mean a return to a full sporting shutdown, with only individual training permitted.

Training will continue in pods of 15 outdoors and six indoors, with exemptions for professional and elite sportspeople, inter-county squads, and senior club championship teams. The latter teams had previously been operating in groups of 15, although lower-level intermediate and junior clubs are not mentioned in the list of exempt teams.

As a club, we empathise with our supporters being prevented from attending our games but from tomorrow, we welcome you all back home to United Park and elsewhere.