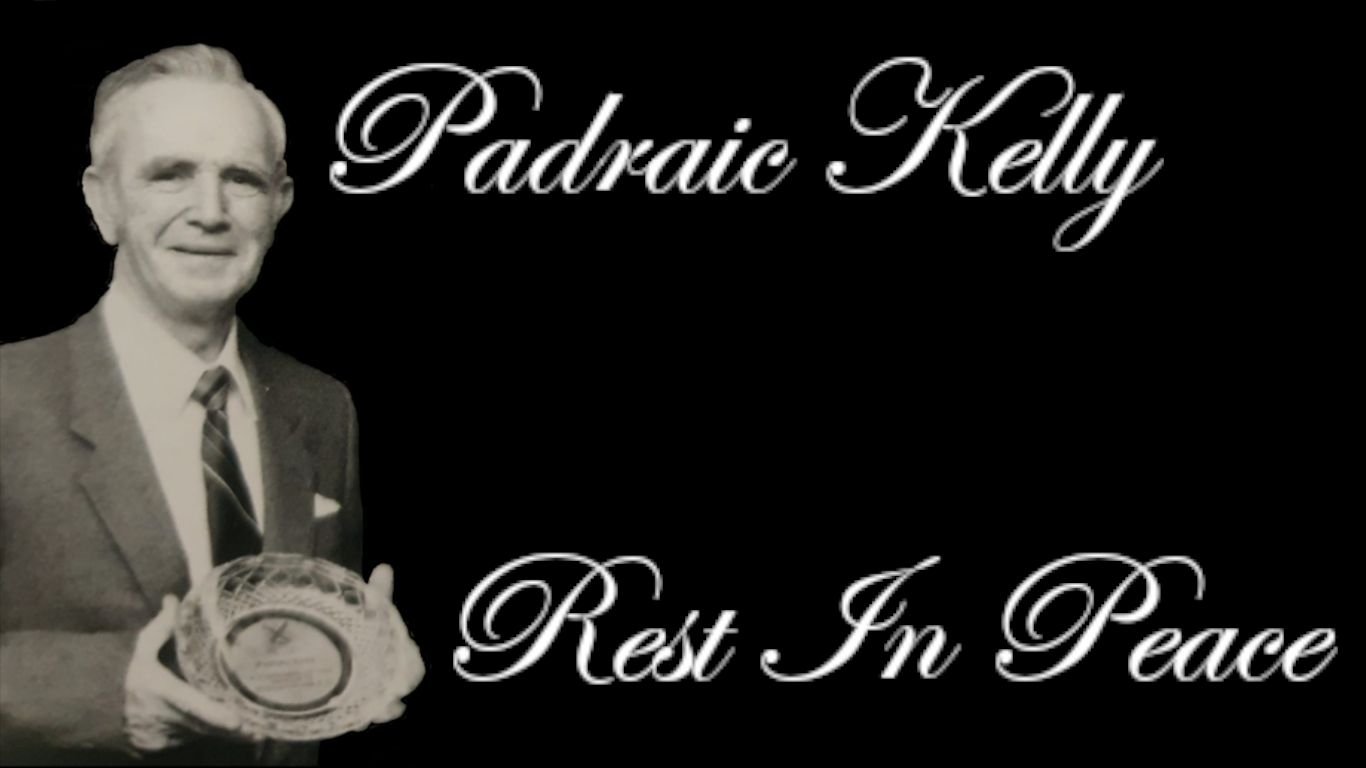 A plaque on an impressive building may acknowledge the architect involved in the design but never the workman who set the plaque in place. Every development and club has its vital background workers, people who attend to the mundane but essential matters but without whom plans would never become realities.

This opening paragraph was used in the Westport United 75th Anniversary book, written by the late Martin Curry to describe the late Padraic Kelly as one of the great 'backroom workers' for Westport United back in 1987.

It was with great sadness that Westport United FC heard of the passing of long time club member, Padraic Kelly, a man whose love for Westport United throughout his life was unconditional and experienced every emotion possible supporting his beloved Red and Black.

Padraic got involved in the club back in 1948 and was heavily involved behind the scenes for many years after and Padraic’s loyalty to the club as a volunteer and committee member wasn’t just rewarded by his elevation to Club President; he was recognised with a special award for services rendered by the club back in January 1996 and the biggest recognition bestowed on Padraic was being inducted into the Mayo Association Football League Hall of Fame back in 1984, an award befitting for a volunteer to devote so much of his time to a club that he loved so well.

May his gentle soul Rest In Peace

Funeral Mass on Monday, May 31st, in St. Mary's Church, Westport at 11am with burial afterwards in Aughavale Cemetery. Mass will be live streamed on www.churchtv.ie/westport.

ONLY FOUR DAYS LEFT!! Time is running out on the Early B...

http://westportunited.com/productsBookings are now live a...

With the return of football well under way, the closing d...

Today Our Club is delighted to announce that Hastings I...

Westport United FC are delighted to learn that he Footbal...