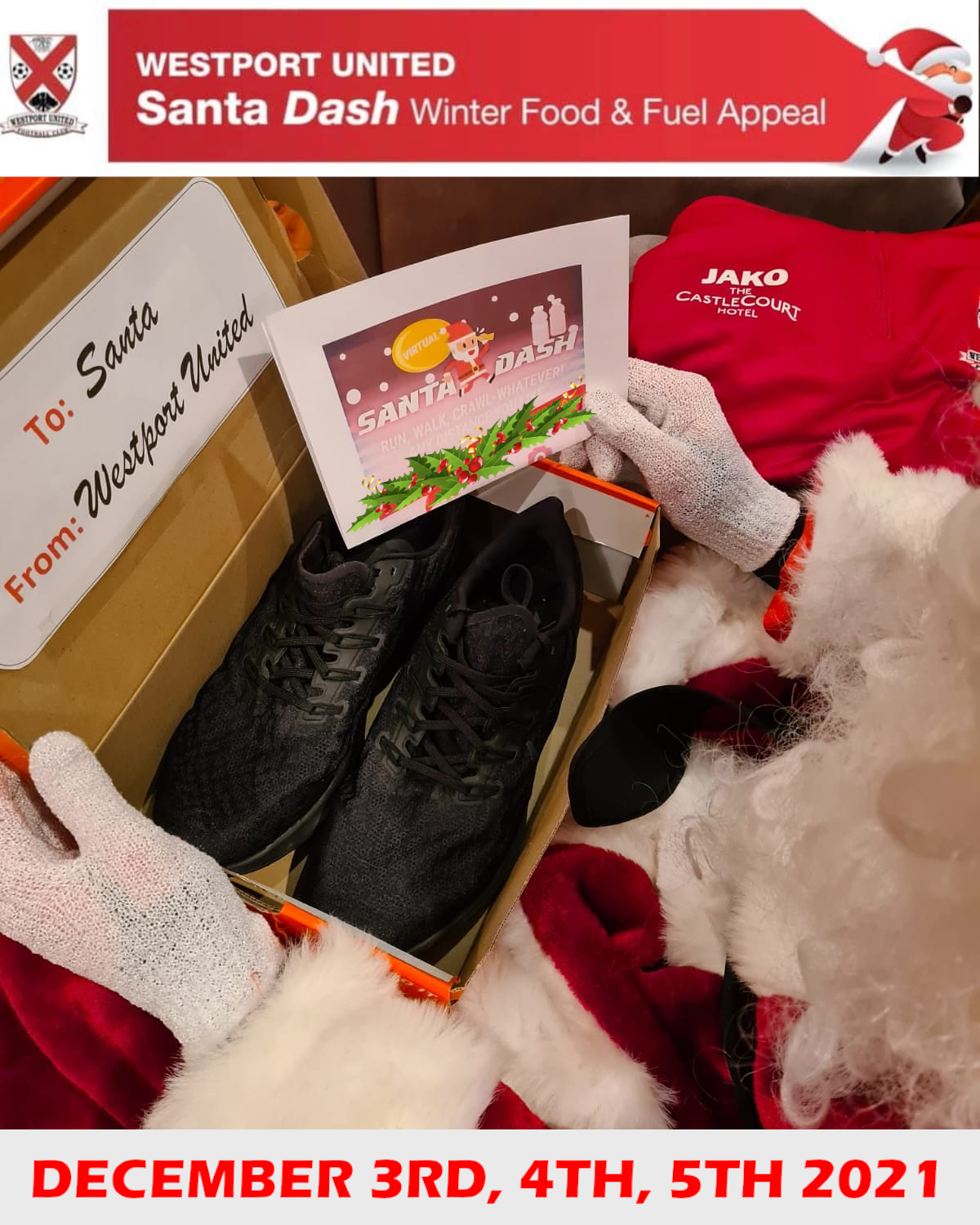 Last year's event was a resounding success with not only locals taking part; it was a truly global event with supporters joining in from many countries. We had everything from laps of the pond at Westport Quay, running, climbing, surfboarding, sleighing, ice bucket challenges and swimming and even The Grinch got arrested!!

We want you to walk, crawl, run, swim, paddle, push a pram any distance in your Christmas Jumper/Santa Hat/Red Nose.....anything Christmasy or even a Westport United kit.

It is open to everyone from newborns to centenarians......and even celebrities. Do it as a family, group, individually.

We have heard on the grapevine that some supporters already have very novel ideas for the Santa Dash and we are looking forward to what they will be doing.

Take a picture at the end and send it to Westport United for inclusion on its social media platforms. Different teams within the club will do events alongside individual members.

Share on Social Media and ask people to Donate at www.idonate.ie/WestportUnitedChristmasFuelAppeal. Feel free to Donate yourself!! Don't forget to tag Westport United on your photos/videos (using the @ symbol) and also use the hashtags #westportunited and #santadash21

Remember this is a bit of craic for a very worth cause.