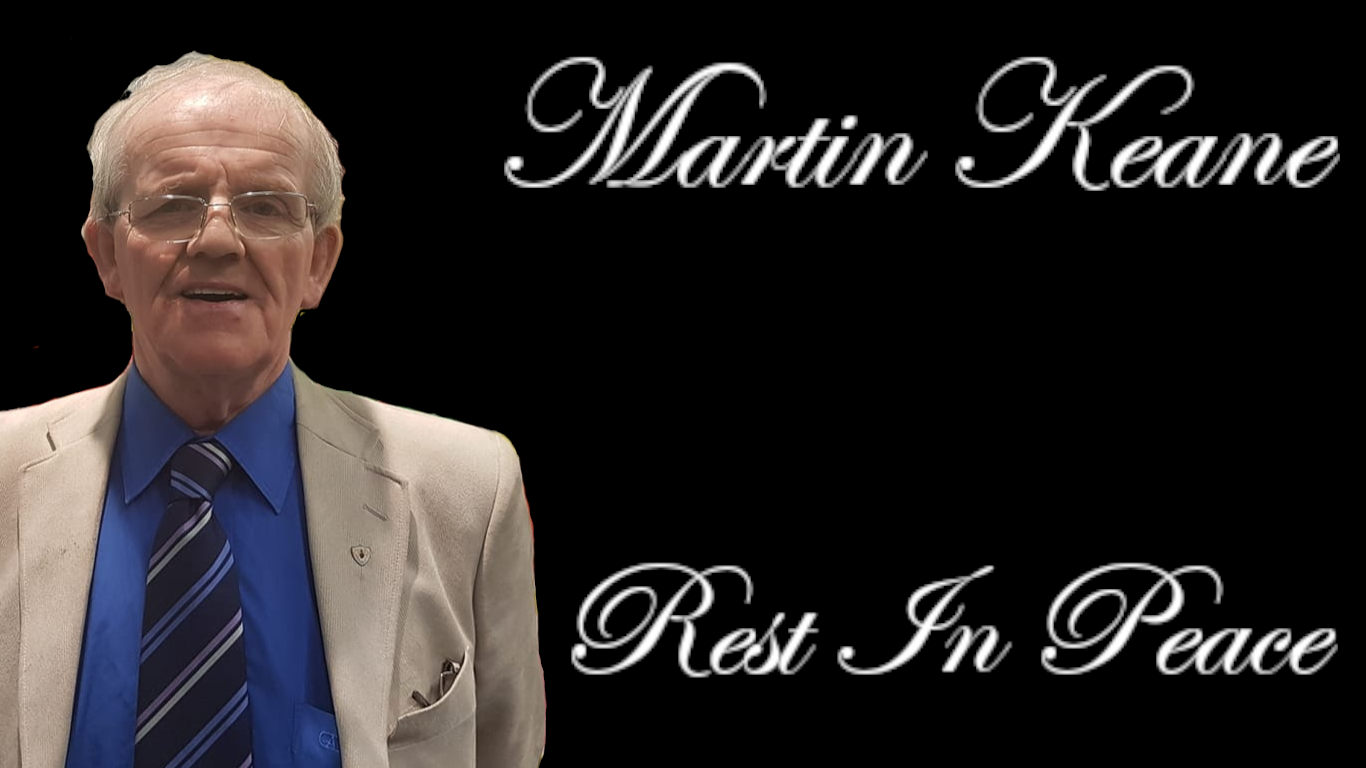 My mission in life is to be kind, compassionate, caring, and loving in order to find and feel the deepest joy of life.

You probably might never have heard of Debasish Mridha but if Martin Keane used the exact same quote, it would totally relate not just the words but also his charitable deeds.

It comes with great sadness that Westport United learned of the passing of our beloved Vice President, Martin Keane, and like all organisations and individuals, the news was greeted with immense shock by everyone within the Westport United family.

It is not even two weeks when we lost another much loved and respected figure in Aiden King that we now pen this tribute to Martin Keane, who was a great friend of the late Aiden King, and the two are now reunited in a happier place with a Heavenly banquet laid out as a reward for the goodness and kindness that they both instilled towards their community.

Martin moved to Westport from his native Liscarney many years ago and was involved in football for over half a century and while he was noted as a footballer with modest talents and played with various local teams in the 1970’s, it is what he did off the pitch that gave him his greatest and lasting legacy to everyone that was reared in the Westport area and went on to don the Red and Black jersey.

From the local leagues organised by Westport United FC and the formation of the Westport Youth Activities Group back in 1982 and the town and school leagues that were organised thereafter, every child, boy and girl went through Martin’s caring hands, and it didn’t matter what they were like at football, every child was a Superstar that took part in every competition organised by Martin Keane. Every single footballer that was reared in Westport from the 1970’s that went onto play for Westport United was introduced to the game through Martin Keane and his leagues and as a club, we say a big Thank You for helping to nurture, develop and encourage every child that went on to represent our club with honour and distinction. With only a couple of exceptions, every player involved in the FAI Junior Cup winning side of 2005 and the Connaught Cup winning team of 2012 came through his doors at Rice College or the green pastures of the Sacred Heart School pitch, Allergan Pitch, McConville Park or the Textiles Pitch. Also, some of the younger members of the 1987 Connaught Cup winning team were products of Martin’s legacy in the development of local football. Westport United also had some great success in Connaught Underage Cups with the U.15s and U.18s in 1989, the U.18s in 2010, the U.16s in 2011 and the U.12s in 2018 and 2020 and every single player came through the loving and caring hands of Martin Keane. While footballers went their separate ways and no longer remained in the club, all of them spoke so admiringly of the positive role Martin Keane had in their development, not only as footballers but also as a person and Martin would always be delighted to have a chat with everyone who came through his football programmes.

Martin’s love of children was a love sans frontières. He always looked out for them, protected them, guided them, and spoiled them with his selfless generosity. It was random acts of kindness personified and that goodness and charity was one of a saintly edifice that is so unique that it’s impossible to replicate.

When it came to fundraising, Martin was absolutely brilliant for the club. He would go out every Sunday evening in rain, hail, snow, storm or sun and call into the pubs with his trademark carrier bag and ask every customer to buy a ticket and you wouldn’t dare refuse to buy. He would plainly ask “would you like to buy a ticket for the big draw tonight?” and the customers would oblige along with a bit of good banter. Only last weekend that Martin went back to selling lotto tickets in the pubs for the first time since the Pandemic began nearly two years ago. Martin would always say that he goes out selling tickets to help the children in the club and once a boy and girl dons the Red and Black jersey and comes off the pitch with a smile on their face, that’s the objective of the lotto sales achieved in his eyes. On match days, Martin would be asking all the supporters to buy a ticket for the lotto and even the match officials and he wouldn’t take no for an answer.

Aside from selling lotto tickets on match days, Martin was a brilliant ambassador for the club in welcoming both home and away supporters to the games, he would get involved with the half time hospitality and catering at United Park and put up the flags for match day; simple things but things that mattered to him. When asked to represent the club, Martin would always put his best side forward; a wonderful ambassador with a radiant presence.

Martin Keane not only looked out for the youth; he also looked out for the vulnerable and elderly within our community and every year, he would have the Christmas Fuel Appeal and Westport United have been very generous towards his annual fundraiser, most notably the Santa Dash in the last two years which not only was a bit of fun among our members but also highlighted the need to help others in our community.

When a member of Westport United passed away, Martin Keane was never found wanting and he always facilitated in the organisation of Guard of Honours and even if he could not make a funeral, he made sure that a deceased member of the club got a fitting tribute by their colleagues and Martin certainly deserves that tribute to be reciprocated by our member to him.

It is time to close by saying goodbye to a legend whose love not only transcended our club, but also sport in general, the youth of the Parish, the elderly, the vulnerable and to everybody whose lives Martin has touched over many years. Westport United has seen many so great days such as winning Connaught Cups and the FAI Junior Cup. From the bottom of our hearts, Martin, as a Club and a footballing family, we thank you for everything you have ever done for us, no matter how little or onerous your task was. Your life’s work has been exemplary and you are truly a very hard act to follow. It’s very hard to repay your gratitude you have shown and you will forever be missed by us all but you will never be forgotten. What you have given to us in life is a gift that is rare and precious and may you be rewarded for your goodness and kindness. Sleep tight and one day we shall reunite.

Meanwhile, as a mark of respect to the late Martin Keane, Westport Utd the Calor Gas Super Cup Final between Ballyheane and Westport Utd scheduled for Sunday next 27th February has been postponed.

This final will now take place on Sunday 6th March in Solar 21 Park at 1pm.

Westport United extends its sympathy to his heartbroken sister Marie, nieces Eileen and Deirdre, nephews John, Paul and Michéal, neighbours and his many friends.

Martin will repose at Navin's Funeral Home on Sunday, February 27th from 5pm-7pm with removal to St. Mary's Church, Westport. Funeral Mass on Monday, February 28th, at 12.30pm followed with burial in Drummin Cemetery. Mass will be live streamed on www.churchtv.ie/westport.

No handshaking in the Funeral Home, walk through sympathising only and wearing of face masks is requested. The family would like to thank you for your co-operation and consideration at this difficult time.