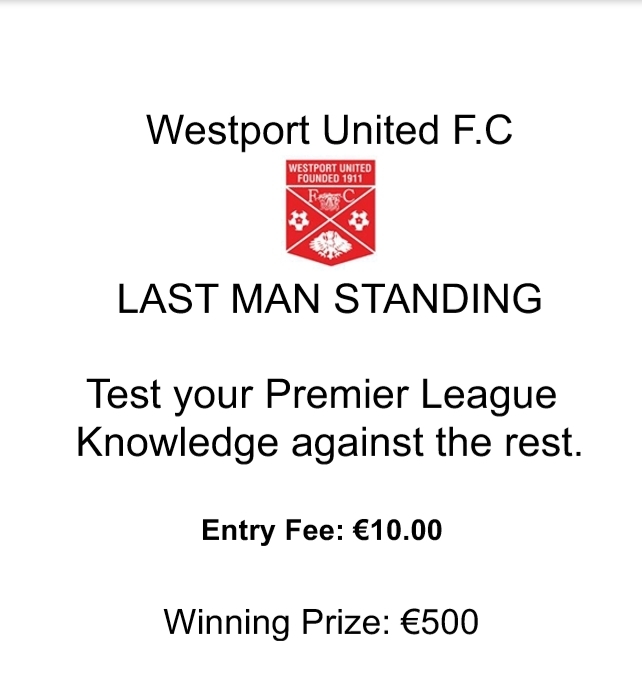 Published: over 3 years ago

It has to be said the weeks one to four in the Westport United Last Man Standing competition was about as exciting as an overcast, drizzly day on Old Head beach as very few competitors were eliminated from the competition but the anticipated Last Man Standing thunderstorm finally broke out over the weekend and it was ferocious as punters that had Manchester United and Wolves watched in horror as they were eliminated from the competition. Crystal Palace held United to a 0-0 draw and the thunder must have been echoing in Jose Mourinho's ears following that result. While the thunder was audible at Old Trafford, there were bolts of lightning at Molineux as Huddesfield Town put Wolverhampton Wanderers to the sword with a 2-0 win, thus eliminating a lot of contestants from the competiton and as the thunderclouds finally receded, we are now down to 28 contestants for Week 6 with most folks going for either Chelsea, Man City or Man United. Another weekend to look forward to and only the best will survive.