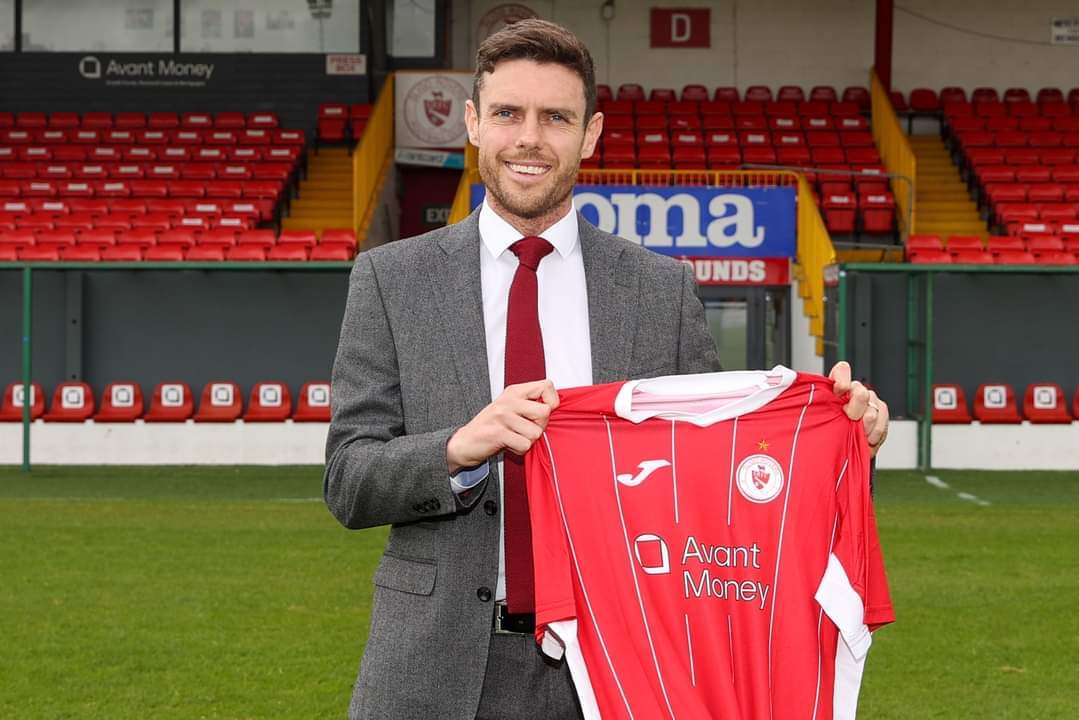 Former Westport United manager, John Russell has been appointed Manager of Sligo Rovers this afternoon on a contract that will run until the end of 2023, becoming the second ex-Westport United manager to take charge of a League of Ireland club, after John Herrick, who managed Galway United.

The 37 year old Galway native was manager of Westport United from March 2018 to December 2018, bringing in a level of professionalism to the Westport United first team squad and was a popular manager among his players and backroom staff during his spell with the club. Russell left Westport United in December 2018 to take up a position as First Team Assistant Manager before the start of the 2019 SSE Airtricity League season, a position he has held until today, to recently-departed Manger, Liam Buckley at Sligo Rovers. Russell had taken the team on an interim basis for Sligo Rovers previous two fixtures with a win over Derry City and a draw with UCD last Friday night in Dublin and took the team in an official capacity as Manager this afternoon at training as the team begin preparations for the remainder of the season.

Russell’s first competitive game in charge will take place against Finn Harps on June 18th at The Showgrounds at 7:45pm.

In a club statement issued by Sligo Rovers, Russell said:

‘’I am privileged and honoured to be appointed as first team manager of Sligo Rovers.

Sligo Rovers is the heartbeat of the community and I want all the supporters to know that I am determined to improve this team. I have a clear vision and strategy for the club going forward.

I know first-hand the quality of players we have in our dressing room. This group has a real willingness to learn and improve. It’s an exciting time to be following Sligo Rovers with the league games resuming, European Football next month, and the FAI Cup around the corner. We are all looking forward to the challenges ahead’’, while Sligo Rovers Club Chairman Tommy Higgins added ‘’We are thrilled to make this announcement this afternoon. After a rigorous recruitment process, we are fully satisfied that John is the right man to take us forward and lead us on our journey over the coming season and a half at least.

John knows the club inside out and has a great work ethic and passion for the club which stands out and his in-depth knowledge of our Academy, the local community and club as a whole, which will help him over the coming weeks and months.
John is a very driven individual and has shown great leadership in just a short time as interim manager. We are excited and looking forward to our future with John at the helm’’.

Everyone at Westport United congratulates and wishes John Russell the very best of luck in his managerial endeavours with Sligo Rovers.