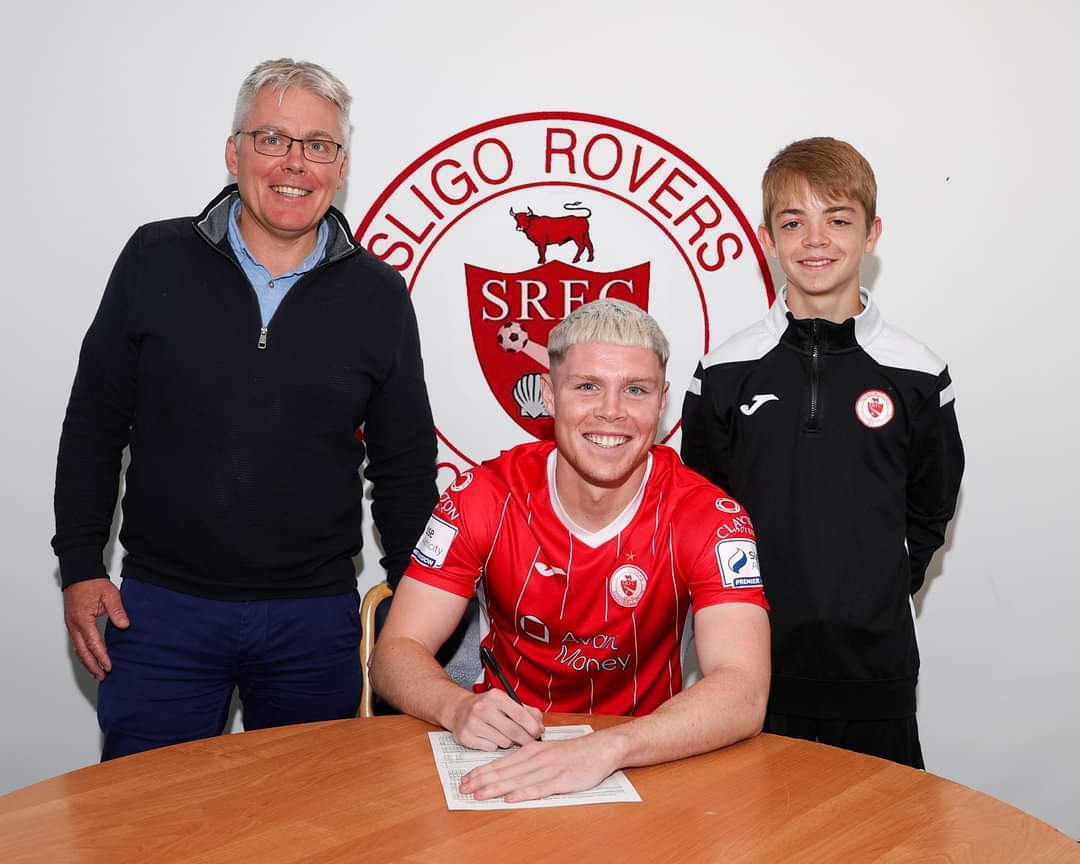 Following text from Sligo Rovers FC on the signing.

The Bit O’ Red are delighted to announce that Cillian Heaney has put pen to paper today on his first professional contract, keeping him with the club until at least the end of the 2024 season.

Cillian is photographed with his father Philip and younger brother Aron.

Cillian's family have spent each season since 2017 bringing Cillian, Aron and their brother Sean (now departed) from their home in Westport numerous times per week to training or matches.

Today is a proud day for them and another important day for our Academy.

Congrats to Cillian from all of us at Westport United FC.

On Bank Holiday Monday the 31st of October Westport Unite...

Become a Patron or Make a One Off Donation