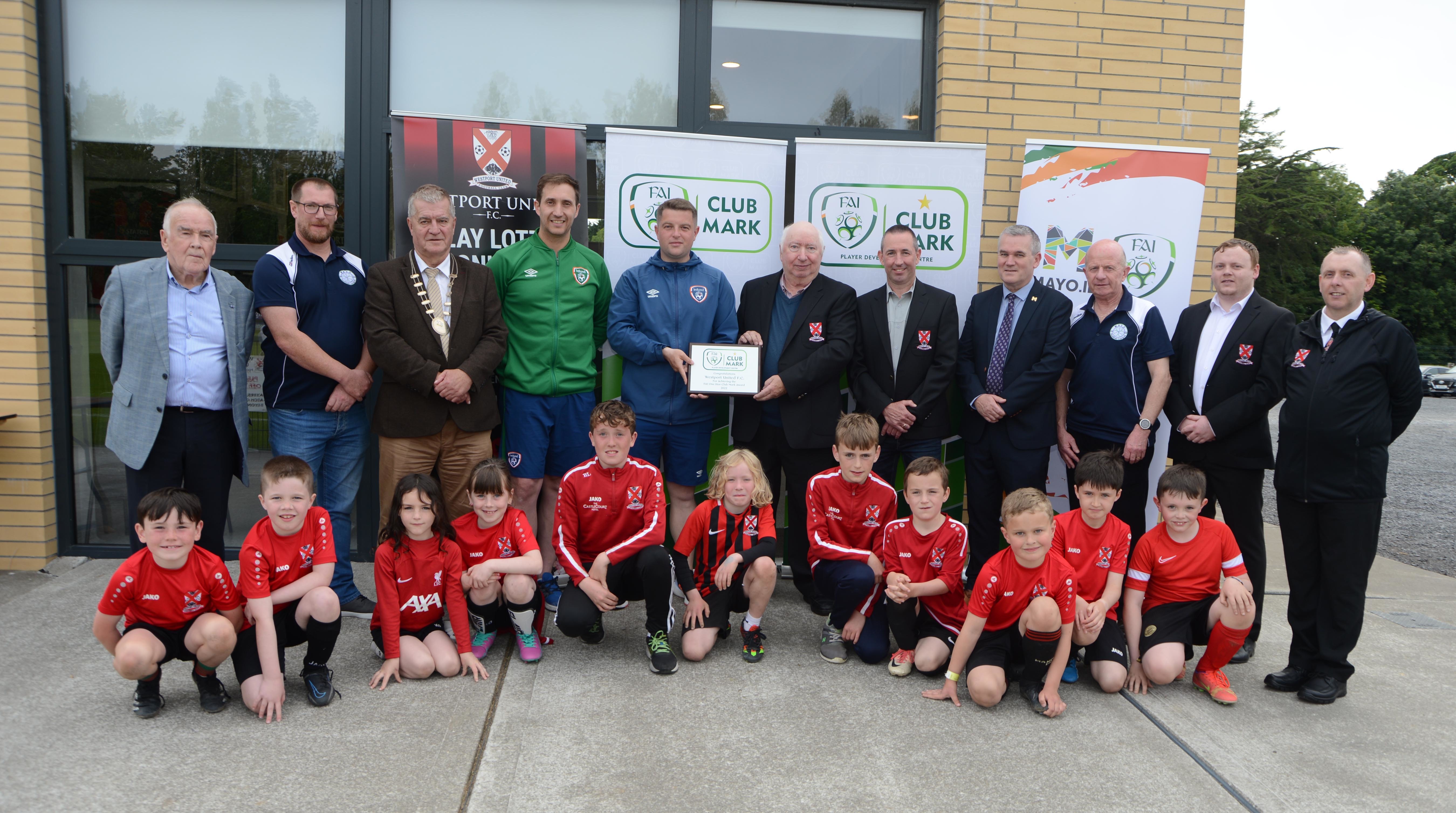 Westport United were recently presented with the FAI Club Mark 1-Star Player Development Centre award at a ceremony in United Park. Speaking at the event, Barry McGann, Club Development Programme Coordinator with the FAI, said the award recognises the “emphasis on player development” at the club. In recognising the months of work that went into achieving the prestigious accolade, Mr. McGann outlined how 1-Star status places Westport United in the Top 43 of over 1,200 grassroots clubs throughout the country.

Cathaoirleach of the West Mayo Municipal District, Cllr. Christy Hyland and Cllr. Brendan Mulroy was also in attendance. Cllr. Hyland recognised the club and the help the club provides in “keeping young people in a good place.” The work of Westport United keeps kids and teenagers “healthy in mind and body.” He also expressed his pride at the facility at United Park which the councillors played a key role in bringing to fruition and which has been essential to the continued growth of Westport United.

Chairman of the Club, Stephen Duffy recognised the attendance of officials from various leagues and organisations with which Westport United is affiliated, before thanking the FAI officials, club committee and volunteers for the huge amount of work undertaken to achieve 1-Star status. He praised the “tremendous work” that was required and that the award was “a credit” to all involved. He also thanked the local councillors for their ongoing support for all the club’s endeavours and looked forward to continuing to work alongside them.

A special presentation was made on behalf of the club to Victoria Large for driving the project and ensuring all the criteria for achieving 1-Star status was met. Presentations were also made to Barry McGann and FAI Local Development Officer Nigel Naughton for all the assistance they provided to Westport United throughout the process.

The final presentation of the 1-Staraward was made by Nigel Naughton to the President of Westport United, Mr. Willie Kelly. The award recognises the club’s high standard of club governance and administration; child welfare, safeguarding & coach education; club player development plan; club coaching structures; and engagement with FAI programs. The Club Mark programme aims to support and encourage clubs to improve standards on and off the field with the result of having stronger clubs and a stronger game.