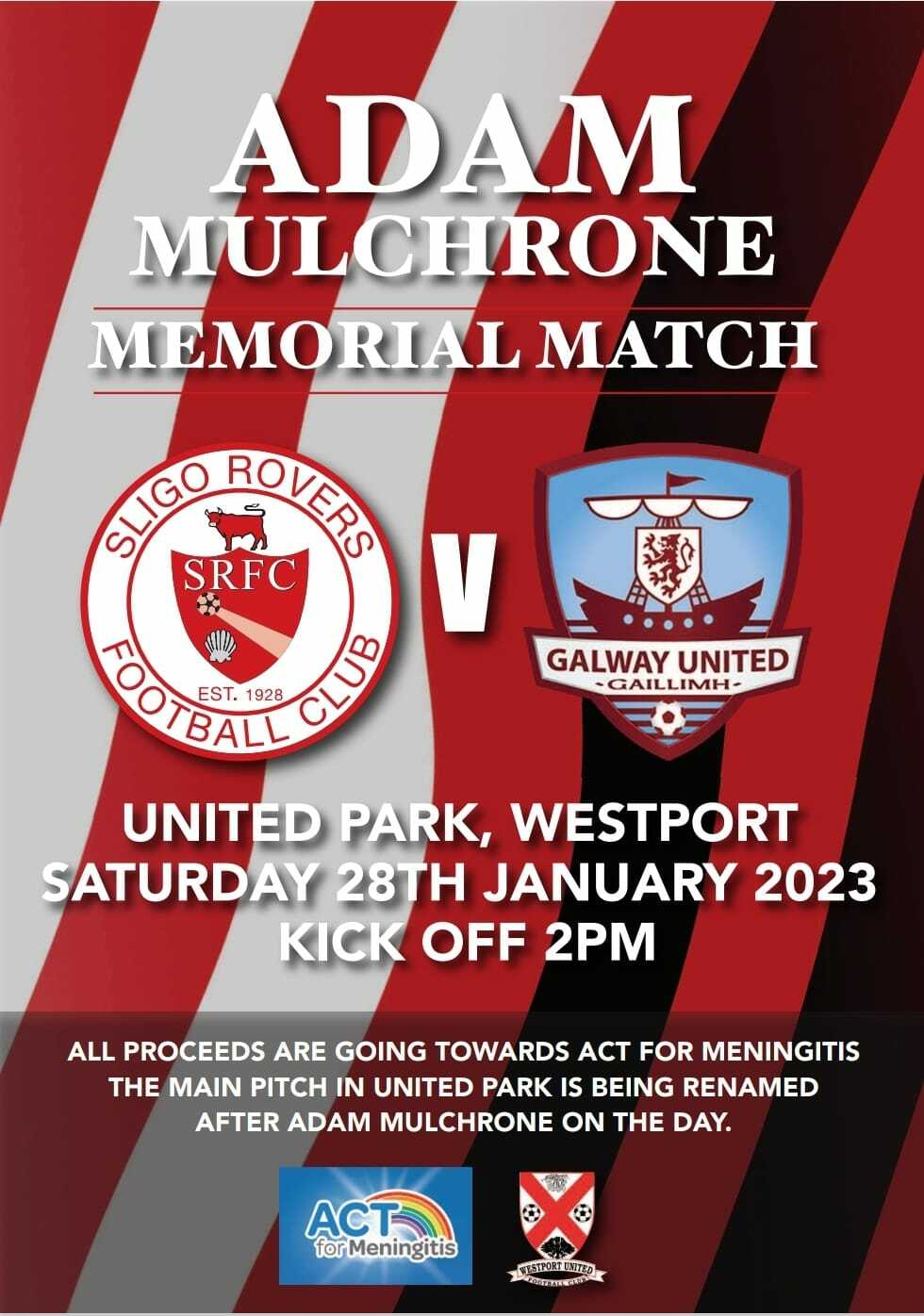 Westport United FC will be hosting a fundraising friendly match between Sligo Rovers and Galway United on Saturday 28th January at United Park, Westport, F28 VY73, with the match kicking off at 2:00pm.

The match is in aid of Galway based charity, ACT For Meningitis, and the game will be preceded by the naming of the main pitch at United Park, the Adam Mulchrone Memorial Pitch, on the 4th Anniversary of his untimely passing at the age of 21 due to meningitis.

To explain about the benefactor for the fundraising friendly, ACT for Meningitis is a charity which aims to raise awareness and educate society about the signs and symptoms of meningitis while offering free support services in Ireland to those affected by the disease.

Instead of an admission fee to the game, we ask all supporters coming to the match to make a donation to the charity. Everyone is welcome to United Park on the day.

Representatives of ACT For Meningitis will be at the game.

If you wish to find out more about ACT For Meningitis, you can find the charity on www.actformeningitis.ie.